The following is taken from the Baptists Together website:

“Baptist churches are found in almost every country in the world. As part of the world-wide Christian church, Baptists form one of the largest families of faith, alongside other trinitarian Christian traditions such as Anglicans, Methodists, Reformed, etc.

For Baptists the concept of a family is important. The church is not so much a particular place or building, but rather a family of believers, committed to Christ, to one another and to the service of God in the world.

In this Baptist family everybody is equal, for everybody has a part to play in the service of God. There is no hierarchy of bishops or priests exercising authority over their members. Equality of status, however, does not mean that all have the same role.

Baptists are grass-roots people, with a particular emphasis on the local church. These local churches are self-governing and self-supporting, ranging in size from twenty or so members to many hundreds. Although each Baptist church is an independent entity, Baptists nonetheless have always believed in associating with one another – and so the churches come together in regional, national and international spheres to promote and support the fellowship of Baptists everywhere.”

Chard Baptist Church is a member of the Baptist Union of Great Britain and is part of the South West Baptist Association. 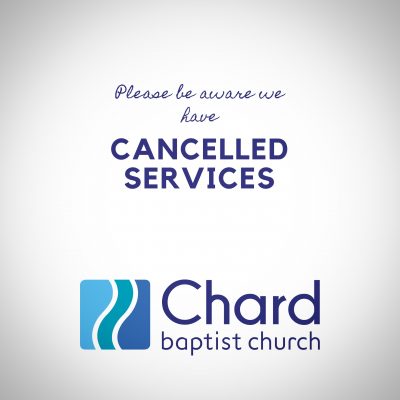